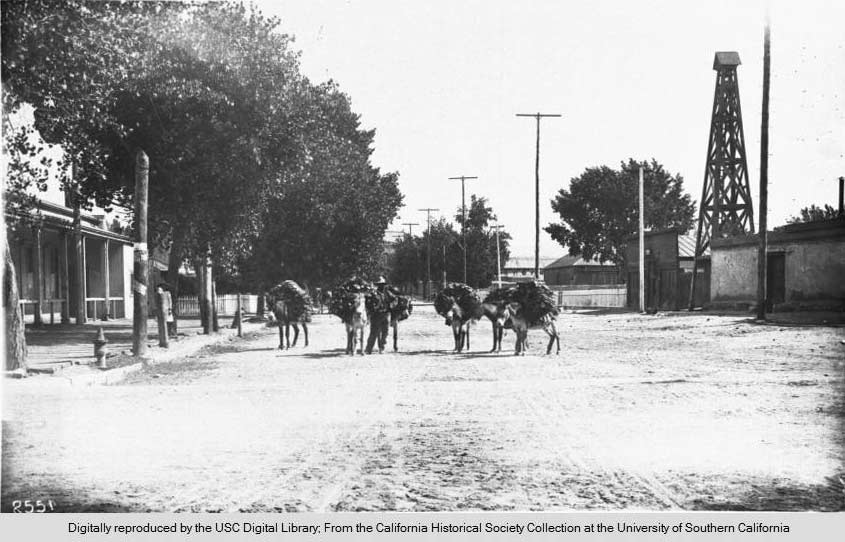 If one burro carrying firewood wasn't enough for you, how about six? In this photo taken around 1895-1900, a burro train is making its way down a dirt street in the neighborhood of old Fort Marcy in Santa Fe. The wooden tower to the right houses an alarm bell for the fire department just below it. Commercial buildings and trees line the other side of the road.

Fort Marcy was the first U.S. military post in New Mexico territory. It was built in 1846 at the outset of the Mexican-American War, following the invasion and capture of the Mexican city of Santa Fe by the U.S. Army. However, it was never actually garrisoned by any soldiers; in late 1847 the artillery was moved from Fort Marcy to more convenient locations near the plaza, and by the late 1850s the adobe buildings and walls were already fallen to ruin. Fort Marcy was officially abandoned in 1868, and the land sold off by the government in 1891, just a few years before this photograph was taken.