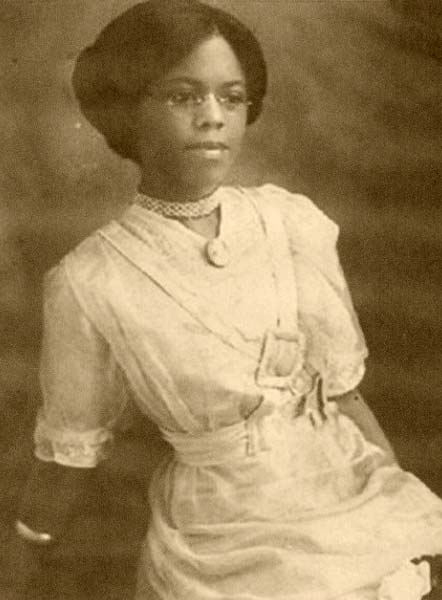 Clara Belle Williams (1885–1994) was the first African-American graduate of New Mexico State University, in 1937. She was born Clara Belle Drisdale, the daughter of sharecroppers in Plum, Texas, in 1885. She graduated from Prairie New Normal and Independent College (now Prairie View A & M University) in 1905 as valedictorian of her class. In 1917 she married Jasper Williams, and eventually the couple settled in Las Cruces, New Mexico.

While teaching at Booker T. Washington Elementary School in Las Cruces, Williams began to take classes in the summer of 1928 at New Mexico College of Agriculture and Mechanic Arts (now New Mexico State University). Professors would not allow her in the classrooms because she was black, so she took notes from the hallways—standing up, as she was not even provided a chair. Williams persevered, and in 1937, at the age of 51, she graduated with a B.A. in English. She was not allowed to walk with her class in the graduation ceremony, which did not stop some of the other graduates from boycotting the event. Williams continued to take graduate classes well into the 1950s.

Williams raised three sons, Jaspar Sr., James Sr., and Charles, who all became phsysicans, as did four of her grandsons. Her son Dr. James Williams, Sr., drafted in 1942, was one of the Tuskegee Airmen from New Mexico. He was among the 101 black officers who attempted to integrate a segregated officers’ club in what became known as the Freeman Field mutiny. In 1957 he became the first African-American physician at St. Bernard’s Hospital in Chicago, and later served as their Chief of Surgery. He was also physician to Dr. Martin Luther King, Jr., during the civil rights leader’s time in Chicago. In 1963 Clara Williams and her sons founded the Williams Medical Clinic in Chicago’s south side, a 22-room medical center that had over 28 practicing doctors at its peak. They also provided dental care and a pharmacy.

In 1977, the National Education Association named Clara Williams to its teaching hall of fame. In 1980 she was awarded an honorary doctorate of law degree by New Mexico State University. NMSU also apologized for the way she was treated as a student. Williams was greeted by a standing ovation from the student body at the ceremony. A street on the campus had already been renamed in her honor, and in 2005 the English Department building was renamed Clara Belle Williams Hall. Williams died in 1994 at the age of 108.

Special Note: Recently this photo has been posted around the internet as a portrait of Clara Belle Williams. It is actually Alberta Virginia Scott, the first African American to graduate from Radcliffe College, in the class of 1898.