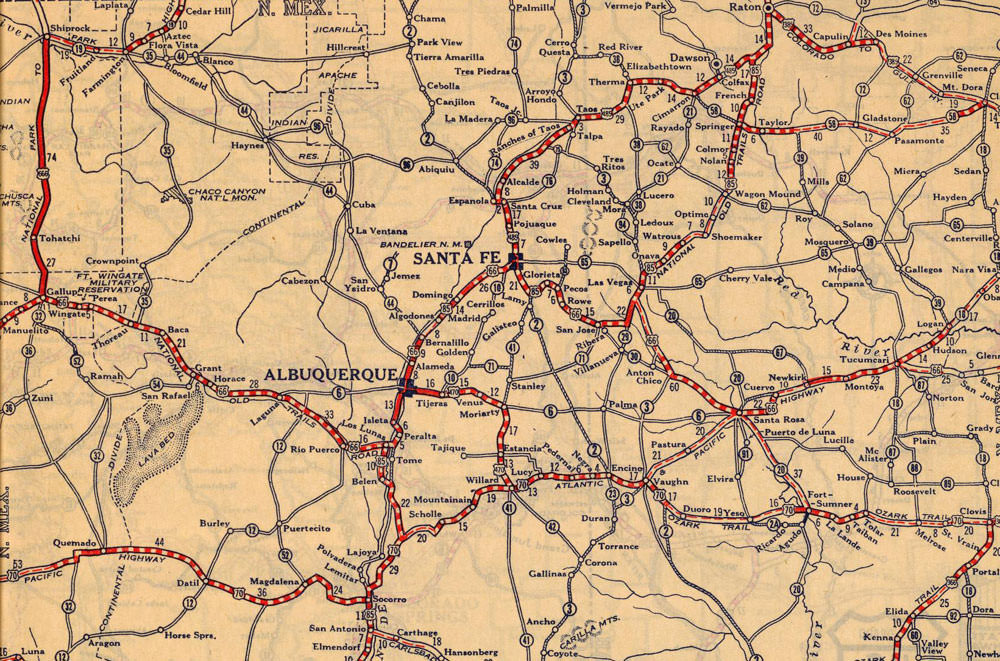 Route 66 was created in 1926 as part of the American Highway System. Running from Chicago to Los Angeles, Route 66 became known as the Mother Road, the Main Street of America, and the National Old Trails Highway. In New Mexico, Route 66 originally followed the Santa Fe Trail north from Santa Rosa, through the southern Santa Fe Mountains to the city of Santa Fe. From there it ran south toward Albuquerque before finally turning west again at Los Lunas.

In 1937 Governor Arthur Hannett lost his bid for re-election. He blamed the loss on corrupt Santa Fe politicians and decided on one final act of revenge: re-routing Route 66 to run straight from Santa Rosa to Albuquerque, thus shortening the route by over 90 miles and bypassing Santa Fe (and its businesses) altogether. With mere months to get the job done, Hannett succeeded, and by the time the new governor took office it was too late; the new highway was finished and Hannett had the last laugh.