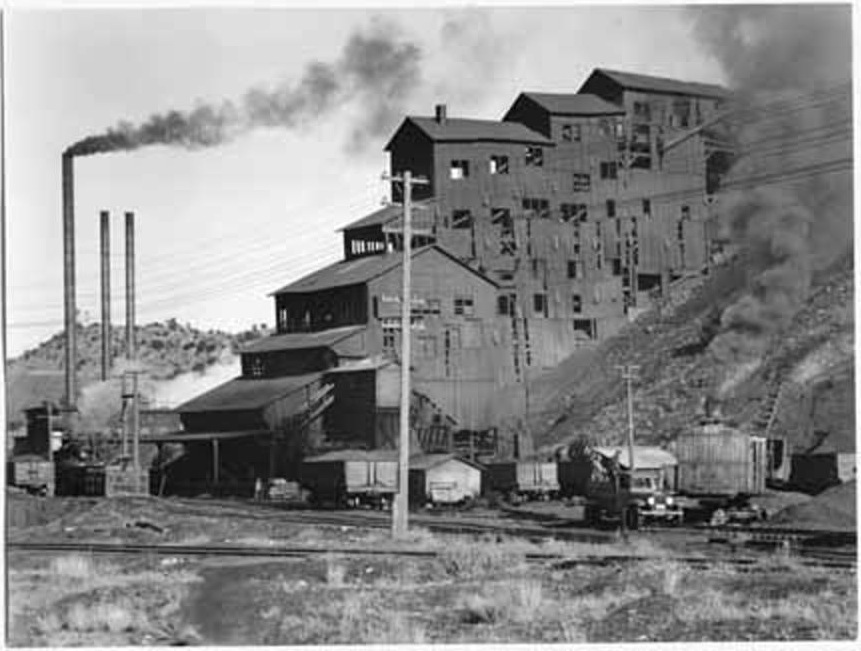 A photo from circa 1935 shows an anthracite coal breaker and power house buildings in Madrid, New Mexico. The history of mining in New Mexico goes back nearly five centuries. Lead mining in the 17th century gave way to coal and gold mines by the 19th. By the 1890s coal mining had become big enough to require a railroad spur to connect the area to the Santa Fe Railroad, and a seven-story anthracite coal breaker was built. Madrid became a Company coal town, with inhabitants living in prefab cabins shipped out from Kansas.

Within a decade of this photo, taken around 1935 by an unknown photographer, the coal industry would decline as natural gas gained in popularity. By the 1950s the last Company had pulled up stakes, most of the residents moved away, and the railroad spur was removed. In recent decades Madrid has become a popular art colony and tourist destination along the Turquoise Trail (New Mexico State Road 14.)